Back to blog posts

When can I use a trademark symbol like ® or ™ next to my trademark? 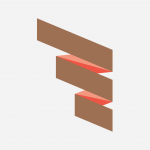 We like to give you more information in how these symbols are and ought to be used within the European Union (United Kingdom included) as well as the United States.

A brief overview of the symbols is given here below:

This symbol means that the trademark has been registered, as the R in the ® stands for ‘registered’. So the claims that are attached to the ®-symbol are much stronger than the claims that are attached to the ™-symbol. However, it is not mandatory to use the symbol within the European Union, as it does not contain any official legal status. This symbol may only be used when the mark is registered. Throughout most of Europe, the use of the ®-symbol with marks that have not been registered, run the risk of violating the rules on misleading advertisements. So companies need to be assure that their trademark is registered before they decide to use it in their businesses. In contrast to the European Union, trademark owners are required to use the ®-symbol if they want to claim profits or damages in an infringement case within the United States, as the symbol does have an official legal status there.

This symbol is not associated with trademarks, but with copyright. It means that a certain work is protected by copyright, and may not be copied or used without restrictions. However, trademarks can be protected by copyright as well as intellectual property rights can overlap each other in certain cases. This symbol is not mandatory within the European Union since it is not codified in any EU-law. However, this symbol can be optionally be used in Europe in order to notify third parties of the fact that a certain work is protected by copyright. This symbol can be used to indicate that the author obtains copyright on the particular work within the European Union. However, the ©-symbol was first described by the old Universal Copyright Convention, which indicated that the author has filed a copyright notice for countries that had not acceded to the Berne Convention, like the United States until 1989. Even though this copyright notice is not required in the United States, it still carries evidentiary weight as copyright infringers cannot claim innocent infringement as defence in order to mitigate its damages for works that carry the ©-symbol.

This symbol is also associated with copyright instead of trademarks. The difference with the ©-symbol is the fact that the ℗-symbol is used for audio works, as the ‘P’ in ℗ stands for ‘phonogram’. These sound recordings have a distinct copyright from that of the underlying work. It was introduced by the Rome Convention for the Protection of Performers, Producers of Phonograms and Broadcasting Organisations. Historically, this symbol was used in order to indicate compliance with the legal formalities in order for phonogram producers or performers to gain copyright protection on their phonograms. Such formalities do not exist within the European Union, as producers of phonograms gain copyright on phonograms from the moment they are produced. That means that the use of this symbol is not mandatory within the European Union. This symbol is not mandatory in the United States in order to gain copyright protection on phonograms. However, it does carry evidentiary weight as copyright infringers cannot claim innocent infringement as defence in order to mitigate its damages for works that carry the ℗-symbol. So it can be recommended to use this symbol on phonographic works in combination with the other legal requirements.

Use the symbols properly. If you doubt about which symbol best matches your trademark or registration, please contact one of our advisors.

Back to blog posts